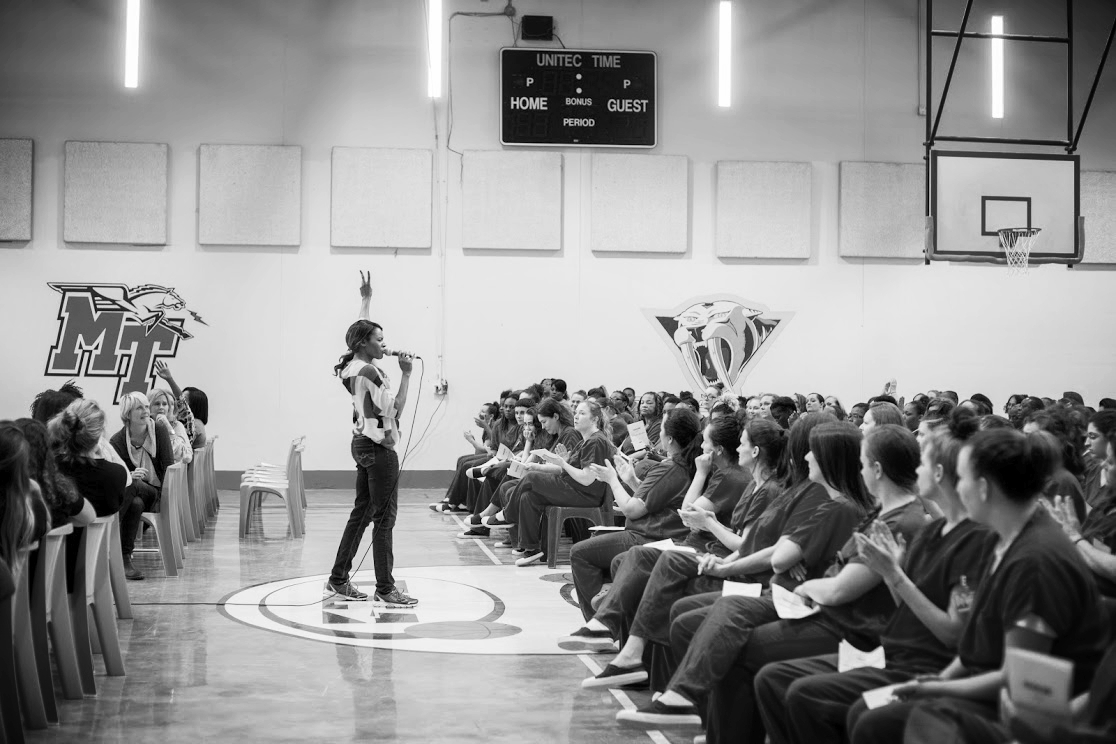 Our women's program has rapidly grown, with talk of expansion for the upcoming year. Concerts and workshops have been ongoing, with great response.

Monthly aftercare cookouts have been a great joy as always. Spending time with men we met on the inside is life giving for all of us.

One of the big changes for SMTP this year has been working with Hospice inmates. In January, Nathan Lee visited DeBerry correctional facility in Nashville TN. What he thought would be an introduction to SMTP sharing music with hospice inmates turned out to be something very different.

"These men don't need anything but a friend right now" was Nathan's response after his first visit.

Once a week, Nathan has been spending his Thursdays going room to room to sit and pray with inmates in their last days. Where music plays a part in this facility, we are yet to know. For now, we listen and pray.

Thank you for your continued prayers and support. This work is possible because of your heart and generosity.

Below are a few photos from a Spring / Easter concert in the womens facility with an update from your women's program coordinator:

"This Easter, artist Nicole C Mullen came and performed for all the women's blocks in the Davidson county jail. There are not enough words to describe what a holy space the gymnasium became as she sang songs that covered stories like the woman who touched Jesus' garment, the young girl raised from the dead, and as she shared hope out of her own pain. A storm raged outside as the concert played, the dry tiles from the ceiling crashed on the roof above us, shaking the room as the women sang with Nicole, 'Talitha Koum, let the child in me arise'. We all felt the rumble and it felt like an Acts of the Apostles moment where God was physically moving heaven to show the women in the room His care for them. We brought goody bags full of treats and encouraging postcards for all of the inmates who joined us that day, and one of our teachers closed the concert praying for addictions to be broken off the entire room. We are so humbled and thankful to be a part of what God is doing through music and teaching in the lives of the women here in Nashville." - Joanna Lampa