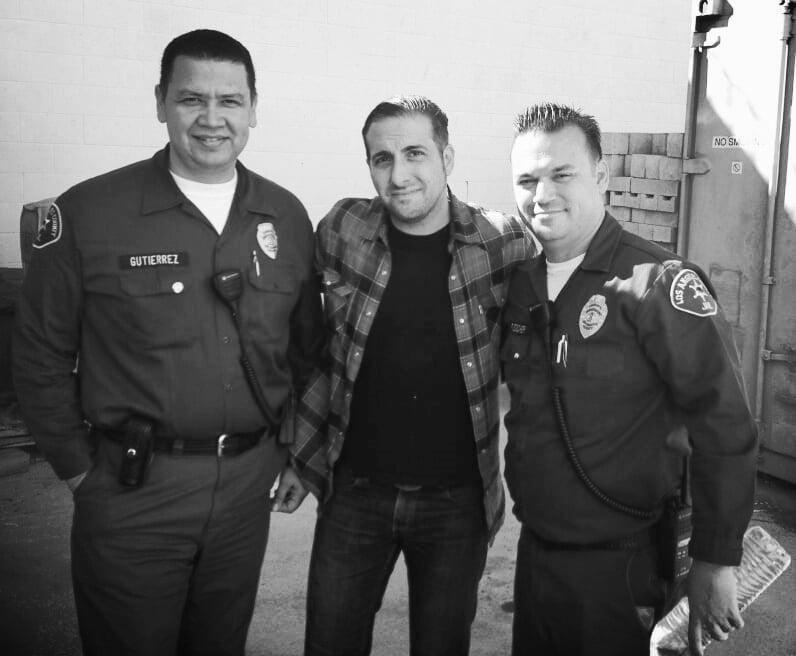 I've been singing in prisons for the past 3 1/2 years. I never ask where I'll be singing, or who I'll be singing to. In addition…they never tell me. I just show up, and go where I'm told to go.

Last week, I spent a few days in downtown LA at the Twin Towers and the Men's Central Jail (MCJ)

The night before my last gig, I was told that I would be going to the block where the War Vets are contained in the early morning. I didn't sleep at all that night. Because I never know where I'll be going….I go with the flow. It kinda' helps my mental state. But knowing that I was going to be with the men who have fought for my freedom…and your freedom…who now have no freedom……well…..that messed me up.

I spent the night praying. One thing was clear before the sun came up. We all have freedom…no matter our circumstance…if we so choose to accept it.

I was scared as hell that next morning. When I arrived, I told the men exactly where I was at with all of this. I have a great deal of respect for our military. I may not agree with all their choices. We may not share the same faith. BUT No matter the choices they made that landed them in the LA county jail….I still respect them with high honor. It was the scariest and most humbling hour I've had in years. The room was full….hanging from balconies….standing along the walls…sitting in plastic chairs….eyes locked!

When I was finished, It was silent. An old African American man got up from his seat and came up to me and asked…"Would it be okay if we gave you something in return"? I was perplexed. I said "Sure….whattya' mean"? He asked for my mic….and invited a few of his friends to the front of the room.

As I took his seat, he and his friends stood up, and sang gospel hymns for the next 10 minutes. I can honestly say….it was the first time I've ever been to church in my adult life. No production. No sales pitch. No guilt. It was pure heartache that reached out for God's comfort, wrapped in forgiveness and Peace. Everyone in the room sang along. I was blown away. I was speechless.

When I got outside, I spent some time with a couple of the guards from the block. The respect these 2 guards had for the inmates blew me away. Every once in a while I meet a couple guards who actually believe in Rehabilitation. It's not often that I meet guards like this. The ones who believe in humanity…who believe in the possibility of change. Of course….they have to do their job, and somedays their job requires serious conflict and physical force or restraint to resolve a situation. BUT…meeting Mr. Gutierrez  & Mr. Fleischer was a game changer for me. They believe in change. They believe in Hope. They believe in second chances. Their vision for the final outcome is a great encouragement to me.

I am deeply moved by the level of commitment for change that LA County has put in to their jails.